An Optimised Design for Valve Actuators

The Camtorc series actuator is a mathematically derived ca m system first manufactured in 1975. It has been in continuous production since, gaining a base in industries all over the world. Imtex Controls acquired all rights to the design in 2006 and integrated it into a modular assembly that is particularly suited to space-sensitive or remote/inaccessible locations.

The unique Camtorc design has many advantages over other actuator systems, and it is important for end users and buyers to be aware of these differences. This case study will explain the advantages of Camtorc, outline the modular components, compare Camtorc to other actuator systems, and also demonstrate how fail-safe valves, or applications where Maximum Allowable Stem Torque (MAST) is a concern, will benefit from improved torque-efficiency and a reduced risk of valve failure.

The Camtorc actuator is a linear to rotary motion convertor primarily used for the pneumatic or hydraulic actuation of quarter-turn pipeline valves and dampers. Consequently, the design has seen a big uptake in the oil/gas, marine and power generation industries.

What really sets this design apart is the mathematical profile of the cam which ensures a constant output torque during the piston stroke. This eliminates backlash. The combination of zero backlash and constant output torque means there are fewer moving parts – reducing possible causes to fail, which contributes to a longer service life and lower maintenance costs.

Compared to other actuator systems, such as the scotch yoke design, Camtorc offers substantial advantages. The scotch yoke actuator employs a piston that moves a yoke via a sliding pin. It is easiest to think of Camtorc as an optimised version of this design, clamping the yoke apparatus (attached to the pistons) around the cam so they remain in contact along a frictionless surface.

On safety critical valves (i.e. ESDVs) it is increasingly common to carry out some form of valve assembly testing, such as Partial Stroke Testing (PST). The advantages for plants and rigs are that critical valves are tested for integrity without the cost burden of shutting off the valve.

There are two distinct advantages to the Camtorc design when it comes to PST:

False fails and spurious trips are costly and risky on a plant or oil rig where they might lead to a partial or complete shutdown of operations.

For the buyer, all of the design benefits of the Camtorc actuator system result in a significantly reduced Whole Life Cost (Whole Life Cost is the projected cost of an asset over its entire life).

The Camtorc series is available for pneumatic and hydraulic applications in either double acting or spring return configurations with a full range of modular control accessories. Please contact Imtex Controls on +44 (0)8700 340 002 or email sales@imtex-controls.com for more information. 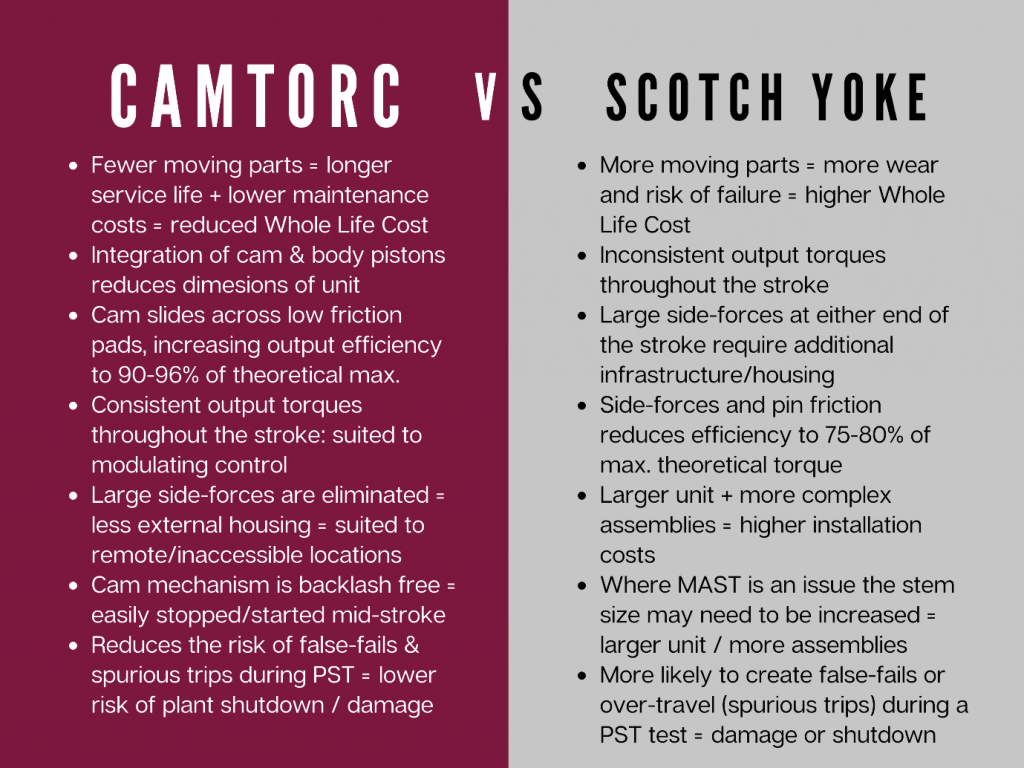 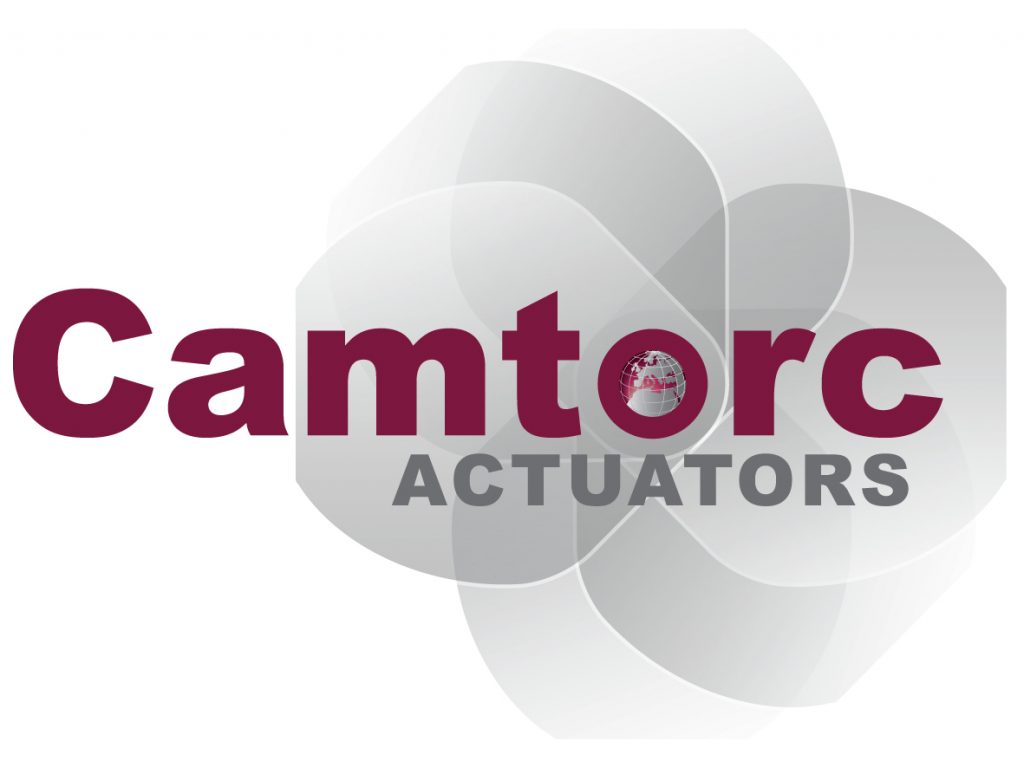 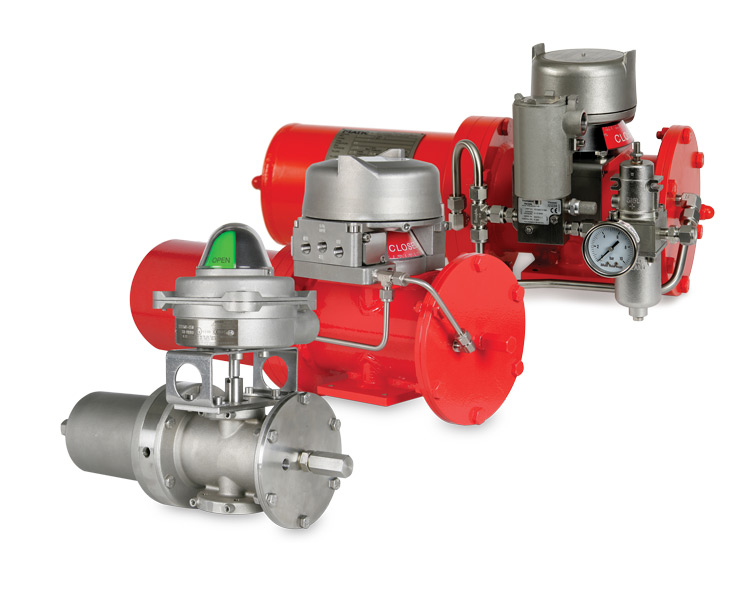 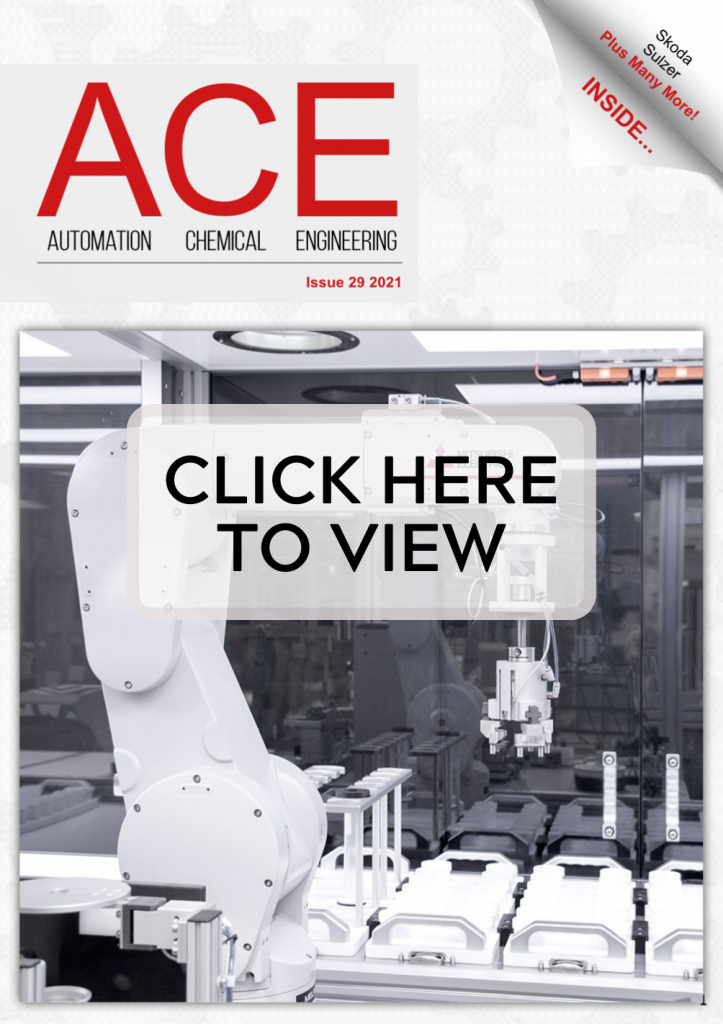